Cryptocurrency exchange Coinbase said its revenue had plummeted 61 per cent in the latest quarter as crypto prices fell and trading volumes slumped.

The San Francisco-founded company on Tuesday reported an after-tax loss of $1.1bn, compared with the $1.6bn net profit it registered in the middle of the crypto boom a year ago. It said $446mn of the loss reflected an impairment charge on its crypto and venture investments.

Coinbase shares fell more than 5 per cent in after-market trading, having lost nearly 11 per cent earlier in the day.

The collapse in bitcoin and other crypto prices sent the company into the red in the first quarter, leading it to lay off 18 per cent of its staff in June. With trading volume down another 30 per cent compared with a weak first quarter, it suffered a $647mn operating loss before the impairment charge and its net cash position fell by about $400mn, to $2.8bn.

In an attempt to ease Wall Street concerns about its financial condition in the middle of what it called a crypto “winter”, Coinbase published extra information about its cash burn and said it had not experienced any credit losses, despite the financial stresses hitting some other crypto companies.

Chief financial officer Alesia Haas said that, along with long-term debt taken out when interest rates were lower, Coinbase believed its $6.2bn in available capital would enable it to keep investing through the downturn.

She added that Coinbase believed it could maintain its plan of keeping this year’s loss on earnings before interest, taxes, depreciation and amortisation to no more than $500mn.

However, the company also faced questions from analysts about its mounting non-cash losses, with its net loss of $1.52bn in the first six months equivalent to 77 per cent of its revenue.

Stock-based awards to employees equalled 49 per cent of revenue in the latest quarter, and Coinbase projected they would continue at the same level in the current quarter before dropping off next year. 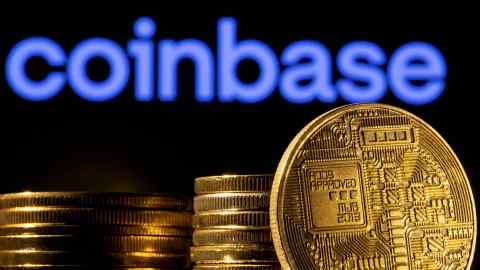 Haas said the company understood investor concerns about stock-based pay and was “aligned” with shareholders on the issue. But she also said Coinbase took a longer-term view of the costs due to the volatility of cryto markets.

At $46bn, the volume of trading on behalf of retail customers was down more than two-thirds compared with the year before. Despite the setback, it maintained that the downturn was part of a typical cycle in the crypto markets and said its analysis “suggests [retail] customers are not leaving the Coinbase platform”.

The shares have been volatile in recent days, jumping more than 30 per cent last week on an alliance with BlackRock. They had already given up two-thirds of the gain ahead of Tuesday’s earnings announcement.

Johnston County school board members push back on leaked audio, claims of hiding

New Dacia Jogger review: Is this 7-seater the perfect car for families on a budget?

The financial system is still dealing with the fallout from 2008

Can Ireland’s bumper savings be put to good use?

RACHEL JOHNSON: Lesson I've learned from my meeting with…