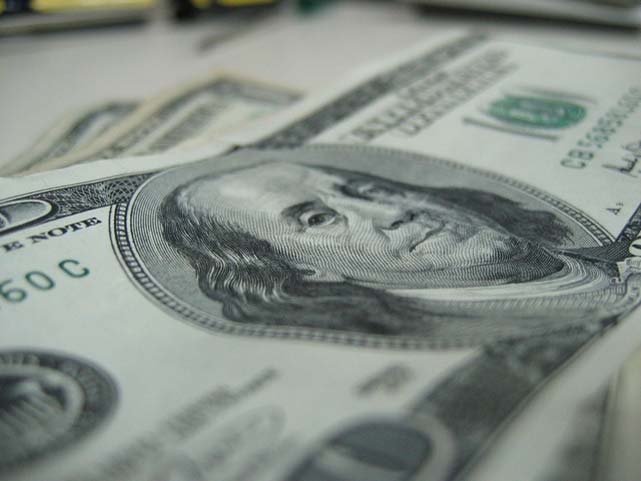 The Pound US Dollar (GBP/USD) exchange rate strengthened on Tuesday as USD investors waited on the side lines ahead of Wednesday’s US inflation rate reading.

The Pound (GBP) gained ground against the weakening US Dollar (USD) on Tuesday, despite economic headwinds for the UK.

Last week, the Bank of England (BoE) warned of an impending UK recession beginning at the end of 2022 and lasting for five quarters. The bleak forecasts hurt GBP last week and the pressure continued into this week’s trade.

One factor that may have helped Sterling was the latest retail sales monitor report from the British Retail Consortium (BRC). The new data showed a surprise sales growth of 1.6% last month.

However, the rise in sales was primarily due to higher prices amid surging UK inflation. Actual sales volumes are expected to have fallen.

Paul Martin, the UK Head of Retail at the advisory firm KPMG, commented on the mixed figures:

‘The summer could be the lull before the storm with conditions set to get tougher as consumers arrive back from summer breaks to holiday credit card bills, another energy price hike and rising interest rates. With stronger cost of living headwinds on the horizon, consumers will have to prioritise essentials, and discretionary product spending will come under pressure.

‘Consumers are determined to enjoy delayed holidays and an unrestricted summer. Pent up demand, especially for new clothes, has so far been at significant enough levels to keep the overall retail sector in relatively good health.’

While the positive aspect of the data may have given GBP some support, concerns over the UK’s economic outlook severely capped gains.

In addition, fears over soaring UK energy bills could have put a lid on the Pound.

The latest forecast from Cornwall Insight sees energy bills rising to over £4,200 per year in January, prompting calls for urgent government action.

Liberal Democrat leader Ed Davey said that soaring energy bills would cause a ‘social catastrophe’ as households will not be able to afford heating their homes. Martin Lewis, founder of Moneysavingexpert, called the situation ‘desperate’, and the head of the Confederation of British Industry (CBI) said the price rises were ‘terrifying’ and called on government to do more.

US Dollar (USD) Exchange Rates Quiet ahead of US Inflation

Meanwhile, the US Dollar declined as traders held back ahead of the US inflation release on Wednesday. Following some mixed messaging from the Federal Reserve, investors planned to use the interest rate data to gauge the likelihood of ongoing aggressive rate hikes.

At the US central bank’s last meeting, Fed Chair Jerome Powell struck a rather cautious tone, suggesting that the pace of tightening could slow. Since then, however, other Fed policymakers have reiterated the bank’s commitment to bringing down inflation.

Against this backdrop, USD investors were hesitant on Tuesday to place any aggressive bets, instead opting to wait for the all-important inflation data.

GBP/USD Exchange Rate Forecast: US Inflation in the Spotlight

Markets will be paying close attention to the data, trying to tease out whether inflationary pressures are beginning to ease or whether they are becoming embedded.

Any signs that inflation will continue to prove persistent will likely boost the US Dollar, as it would prompt the Federal Reserve to continue on its current aggressive tightening path. Alternatively, if inflation is beginning to ease then USD could fall as the Fed might opt for smaller rate rises in the future.

Housing market: The dark side to higher home values is in your tax bill

While Biden is tackling inflation and shaping a green economy for the US, Britain is

The Precipitous Moves In The Foreign Exchange Market Roller Coaster

Economic activity still below pre-pandemic level; RBI to slow down on rate cuts till

Tumbling pound is pouring fuel on the inflationary fire